The Bastard Executioner at Marigold Costumes

The Bastard Executioner was a US production which only lasted one season. Set in Wales the story followed the real-life story of  Welsh revolt of 1294 led by Madog ap Llywelyn against English Rule. In the same vein as Game of Thrones the series spent a big chunk of budget on costumes for the Royals, soldiers, priesthood, servants, and of course - the Executioner himself (Gawain!). Read about it on wikipedia. 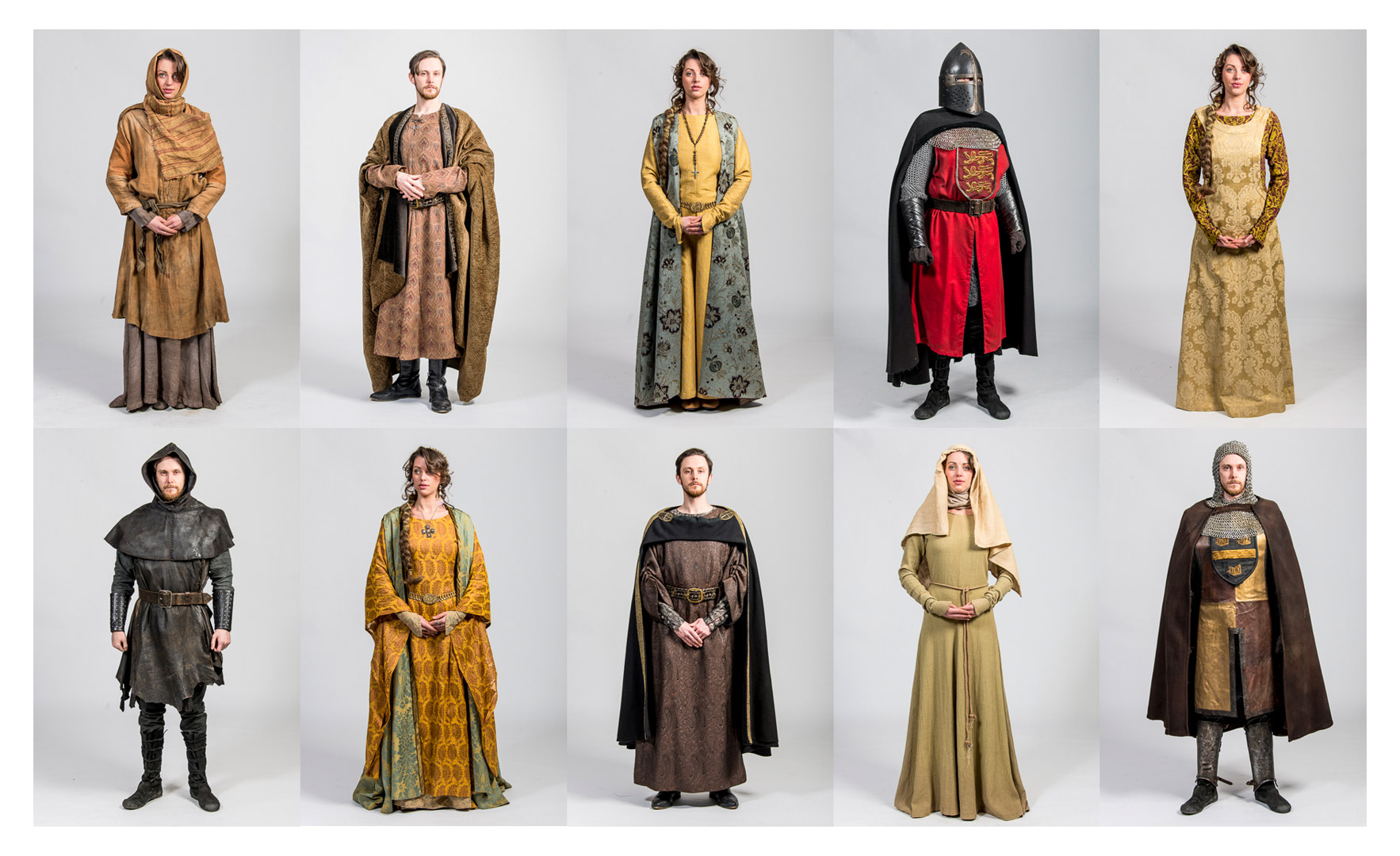 I've been working with Marigold Costumes in Cardiff for a number of years, and when Dawn was offered the chance to purchase the costumes, she jumped at it, then gave me a call.

Technically this was a product photoshoot - the photos were required for Marigold Costumes marketing materials to promote the range of historical costumes available. However, rather than just shoot on mannequins, we both felt that the best solution would be to hire a couple of models to wear the range. When I say 'the range', Marigold actually bought 2000 items from the show. Some were multiples - for instance a dozen cavalry, two dozen knights etc - so Dawn chose the best costumes to represent the wealth and breadth of the costumes in the range.

So I found a couple of great models - Jamie Ray and Rohan - on Purpleport, and organised the photoshoot. We shot with a portable studio at Pinewood Studios in Cardiff. We shot mainly full length outfits - combinations of pieces styled by Dawn - with additional close ups of the detailing on some of the stunning costumes.

As well as the standard white background shots whose main function was to show the clothes clearly, I also created a few more styled works to also use in marketing materials.

The super talented costume designer Dawn Mondo Thomas was on hand throughout the shoot to help dress and style the models, and we all have great fun on this photoshoot - so I've included a few behind-the-scenes photos in the gallery.